A Few Words In Defence of America 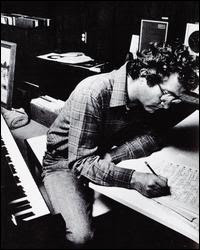 A number of the blogs I enjoy reading have doffed their caps in the direction of America this weekend. Blue Eyes, for instance, the Tuscan and Thud. Also, The Speccie talking about the declaration of independence.

Any praise for the United States normally flushes out quite a lot of dissenting voices, some of whom make good points. Perspective is needed - provided on this occasion by the great (and I mean great) Randy Newman, as intelligent and wry a lyricist as they've got over there. This was his take on the situation towards the bitter end of the Dubya presidency. (From Harps & Angels, 2008) If you want to hear it, (or anything else you don't own) register for free with Spotify.com He sounds a bit gloomy at the end, but I know he doesn't mean it. Just a lefty artist needing a Democrat revival. He's fine now, I'm sure.

A Few Words In Defense of Our Country

Let’s turn history’s pages, shall we?
Take the Caesars for example
Why within the first few of them they were sleeping with their sister
Stashing little boys in swimming pools and burning down the City
And one of ‘em, one of 'em appointed his own horse Consul of the Empire
That’s like vice president or something.
That’s not a very good example, is it?

Just a few words in defense of our country
Whose time at the top could be coming to an end
Now we don’t want their love
And respect at this point is pretty much out of the question
But in times like these we sure could use a friend.

Hitler. Stalin. Men who need no introduction. King Leopold of Belgium.
That’s right. Everyone thinks he’s so great
Well he owned The Congo. He tore it up too.
He took the diamonds, he took the gold, he took the silver
Know what he left them with? Malaria

You know it pisses me off a little that this Supreme Court is gonna outlive me
A couple of young Italian fellas and a brother on the Court now too.
But I defy you, anywhere in the world to find me two Italians as tightass as the two Italians we got
And as for the brother: well, Pluto’s not a planet anymore either.

The end of an empire is messy at best
And this empire is ending like all the rest
Like the Spanish Armada adrift on the sea
We’re adrift in the land of the brave and the home of the free
Goodbye. Goodbye. Goodbye.
idle at 7:48 pm